It looks like we are about to face a serious showdown in the mobile chip market for Android devices. The Exynos 2200 chip was introduced today. It came as a surprise and Samsung managed to surprise amid a wave of skepticism that this processor will appear in the near future. As expected, Samsung’s flagship platform comes with a new GPU based on the AMD RDNA 2 architecture found on the PlayStation 5, Xbox Series S and X consoles.

The Exynos 2200 offers “the best mobile gaming experience” thanks to the Xclipse 920 video accelerator, the new Armv9 architecture and an improved neural core (NPU) that doubles the performance of its predecessor. Thanks to the new graphics subsystem, the chip is “hybrid and unique in its kind”, occupying an intermediate position between the processor for smartphones and the chip for game consoles.

The new Exynos 2200 processor and its Xclipse graphics accelerator support ray tracing and variable rate shading for smartphones, features that improve the gaming experience and have until now only been available on PCs , laptops and consoles. Samsung has confirmed that the Xclipse 920 GPU is just the first generation of several AMD RDNA GPUs in plans for Exynos chipsets.

Ray tracing is a technology that mimics the behavior of light in the real world. By calculating the motion and color characteristics of light as it bounces off surfaces; Ray tracing creates realistic lighting effects for graphically rendered scenes. Variable Rate Shading is a technology that optimizes GPU workload, allowing developers to use slower shading rates in areas that don’t affect overall quality, giving the GPU more room to work in areas most important to players and increasing frame rates for smoother gameplay. . 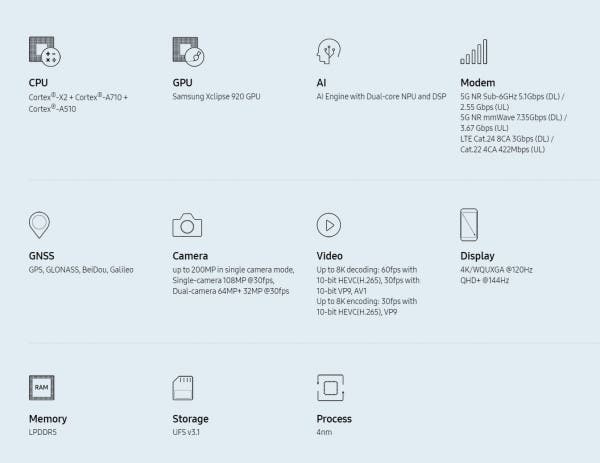 As part of the Exynos 2200, we have a combination of eight compute cores with the Armv9 architecture; which are grouped into three groups. The main Arm Cortex X2 core leads the way with three large performance Cortex-A710 cores; and four low-power Cortex-A510 cores.

Additionally, the Exynos 2200 features a high-speed 3GPP Release 16 5G modem supporting sub-6GHz and mmWave bands. With the new E-UTRAN double connection (EN-DC); it can use 4G LTE and 5G NR signals and boost up to 10 Gbps. An embedded security element (iSE) has been proposed to store private encryption keys. Additionally, native encryption hardware for UFS (Universal Flash Memory); and DRAM improve the security of sharing user data encryption only in a secure domain. 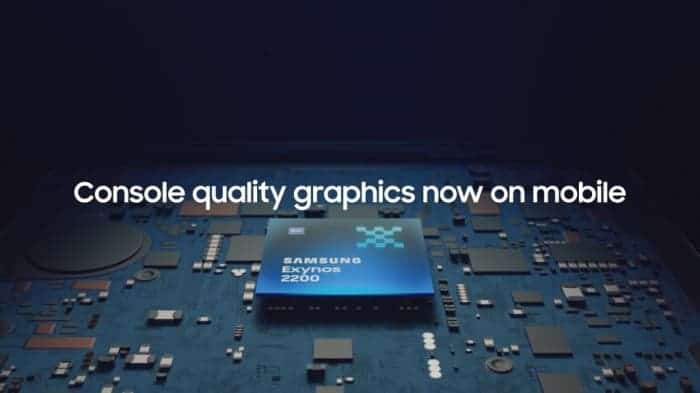 Additionally, the image processor supports an image sensor up to 200 MP; as well as the ability to write 8K @ 30 fps and 4K @ 120 fps video. If desired, the chipset allows you to install up to 7 cameras in one smartphone. The platform supports LPDDR5 RAM and UFS 3.1 storage memory; 4K resolution displays at 120Hz refresh rate or QuadHD+ at 144Hz.

Also, in its press release, Samsung indicated that mass production of the Exynos 2200 has already started. And that may mean the Galaxy S22 series flagships; which we expect to be announced on February 8; can really become the first devices with it on board.