Anyone who’s ever spent a decent amount of time with video games probably has a small handful of important memories engraved in their brain. Not just the time you beat a grueling boss or played Mario Kart with your friends at Paul’s birthday party – more pretentious than that. We mean a time when your perception of what was possible in the medium itself somehow broadened; a moment when you thought Wow … I didn’t know games could do that.

Looking back, I remember some defining moments playing online with friends in Call of Duty: Modern Warfare (the first) and Left for dead that seemed as powerful as any real-world team-up activity, perhaps more thanks to the connections formed by digital difficulties involving zombies and gunships. Although not the first open-world video game, Breath of the Wild will have broadened the horizons of many players who delve into its space of possibilities and discover its joys for the first time. Everyone will have their own games and experiences that will stick with them for one reason or another, and for me a particularly powerful moment from the 64-bit era remains on my mind – and it was nothing more than a sight. calm after a hard night in Hyrule Field.

I remember going to Ocarina of Time’s Lake Hylia for the very first time in 1998. The sun was still set and I distinctly remember standing and looking at the water as the dark blue sky was gradually turning pink and I was stunned in the morning. fog forming over the lake. I felt like I could inhale out of the lungs of that cold, wet air just sitting there with an N64 tampon in my hands. 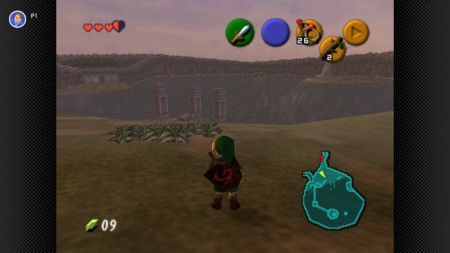 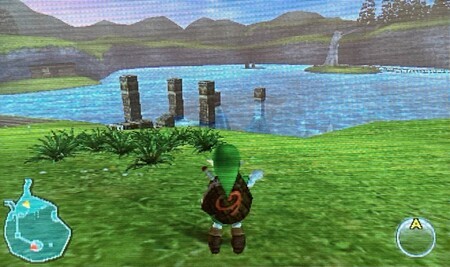 The Switch and 3DS versions of Lake Hylia at sunrise. Note the brightness of the scene before the rooster call on 3DS and the glaring lack of morning mist (Images: Nintendo Life)

It was too brief a moment thanks to Ocarina’s rapid day-night cycle, but those 5-10 seconds at Lake Hylia left a lasting impression on me. It was a real ‘can games do that?!?!? ‘ moment, and as the rooster crowed to signal the arrival of the day (and the theme of the Hyrule field), my young mind had expanded with the pure possibilities of a growing medium, one that could capture so beautifully such a natural and ephemeral moment.

those 5-10 seconds at Lake Hylia left a lasting impression on me. It was a real ‘can games do that?!?!? ‘ moment

When I played the remarkable 3DS remake Ocarina, I sought to recreate that moment. Grezzo did a fantastic job retouching the old classic, improving the visuals and frame rate to better match the mental version of the game (rather than the 50Hz reality that we Europeans experienced with the PAL cartridge. for the first time). But that morning mist that dissipates with the sunrise? No, it wasn’t there in the remake. This is something we’ve seen in some great high (plus) resolution remasters before, the Shadow of the colossus The PS4 remake is a good example (and suitably haze-free).

The recent arrival of the game on Nintendo Switch Online prompted me not only to play it at 60Hz for the very first time, but also to hike through Deku Tree Dungeon and hike it to Lake Hylia to see what it looked like. the haze on Switch OLED. Absoutely spectacular, surely ?

In fact, after seeing how the N64 emulation on Switch apparently dispelled much of the famous N64 “fog”, especially in the water temple – I braced myself for disappointment. Yes, unfortunately, the haze so ingrained in my brain had also dissipated. The game looks more dynamic and plays better than ever before, but for veterans of the original game, I fully understand the pain of disappointment when the bare polygons of Lake Hylia or, say, Kokiri Forest feel a bit less magical without the enchanting fairy dust that lingered in the air. 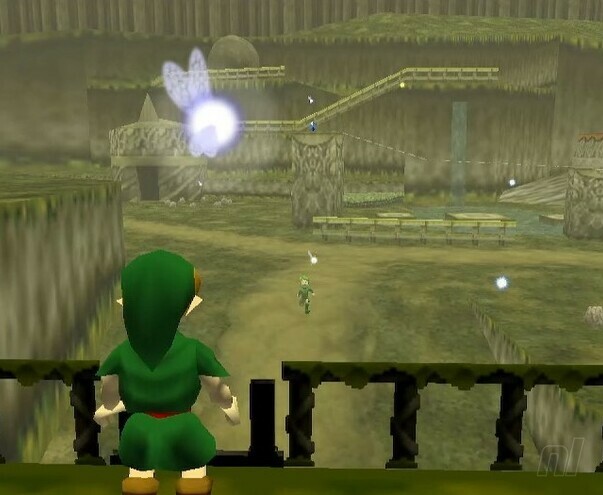 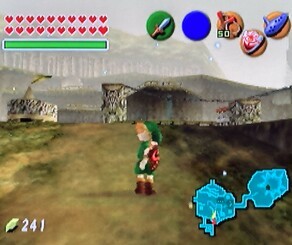 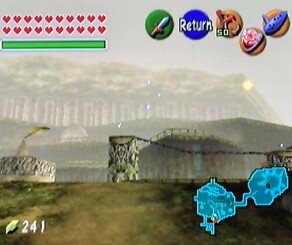 It’s not the end of the world – the game is still fantastic, and the convenience of playing on Switch shouldn’t be discounted – but it highlights that many games are inextricably linked to the original material they were designed for. , especially the titles of this era of 3D game training. I’ve always believed in games with the controller they were built around (which will double for the Nintendo 64’s idiosyncratic pad, of course), but the programmers and artists who put Hyrule and other 64-bit worlds together are not only designed around restrictions, but incorporated these restrictions into art.

Don’t get me wrong, there are a huge number of games that could benefit from the loss of the remote draw fog that plagued them throughout the day (I’d be intrigued to see what Turok would look like when running on this Switch emulator. ), but Ocarina’s “fog” was never a necessary evil to save the system’s moaning chipset. Here it was a vital and wanted element, part of the atmosphere – fairy dust and dancing trash, sand whipped by a storm or my precious morning mist.

I started writing this article before I turned on my trusty N64 to take a screenshot and it occurred to me that maybe – just maybe – my young mind had blown the out of proportion effect. Maybe it was a minor thing, or I had something in my eye that day. What if I warp towards Lake Hylia on the original save of my original cartridge and find the fog simply is not the?

It was a tense few minutes while I waited for the sun, but luckily my memory was perfect. It was there, suspended above the water so perfectly that you can almost smell the dew in the cool morning … 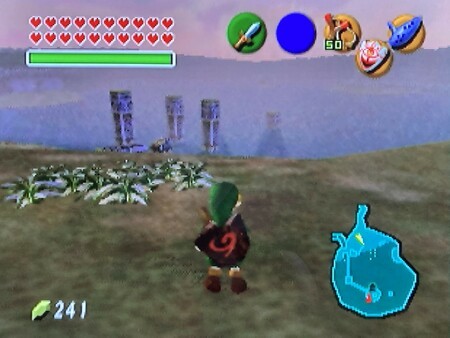 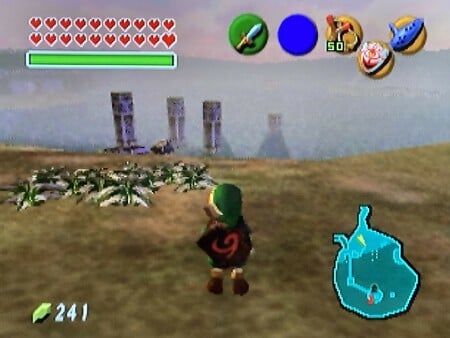 Here it is… (Images: Nintendo Life)

In many ways, the game looks awful compared to the crisp visuals of the Switch version. Scaling and converting the N64’s analog signal to my paper-thin TV produces an unsightly mess of grain and blur that’s best seen from across the room; make that six-foot trip, however, and the overall effect on the screen is very nice. We often joke in the Nintendo Life office about the super crisp pixels versus the softer images many of us were watching using composite cables back in the day. We wonder which one is the most “authentic”, and it always depends on our personal preferences. In this case, despite the marked improvements in resolution, my heart goes with the original grainy image. The Switch version looks incredibly clean, but also sucks the atmosphere.

Regardless of your thoughts on the images above, revisiting Ocarina of Time on original material and seeing the difference in presentation underscored for me that there will always be a place for totally impractical and impractical retro setups. practices involving CRTs, high-end converters and original consoles, and other slightly more practical solutions like the Super 64 that help this hardware work a little easier with modern displays.

Much of the reaction to NSO N64 emulation has seemed way too vitriolic, and I’m certainly not trying to fan the negativity around a service that, overall, seems to me to do a decent enough job of delivering. 64-bit games on Switch. I wouldn’t mind a few simple CRT filter options. Not being able to easily remap buttons is irritating as it makes the NSO N64 controller seem more or less mandatory, which it is not. I have one in the post, because it’s the best pad ever made, but I played pretty well with a Pro Controller.

While I find the outcry online a little maddening, I can totally sympathize with the disappointment when the Nintendo emulation solution was used here, while practical, compromises the intent of the artists who created these games and, in particular , this world. The version of Hyrule in Ocarina of Time is a treasured place for millions of people, a semi-sacred space where lifelong memories have been created, and which should be preserved as intended. Something which, ironically, is only really possible with a digital world.

The exact moment I experienced once at Christmas 1998 is a moment I wrote about before and surely will be again, and obviously a moment that is forever gone. I may not be able to retrieve the feeling over two decades later, but at the very least I’d love to see that cold digital haze again. And if I could do that on my Switch, that would be just great.