Samsung said all pre-orders of its Galaxy Book2 series laptops will come with a free gaming monitor up to the 32-inch Odyssey curved gaming display.

The Galaxy A73 brings powerful internals to a more affordable price

All laptops are expected to be available at retail on April 1, and all pre-orders will receive the gaming monitors mentioned above. Retailers such as B&H have already listed several Samsung Pro options with the Intel Arc Alchemist variant starting at a price of US$1350, which is obvious as this is a more premium option. 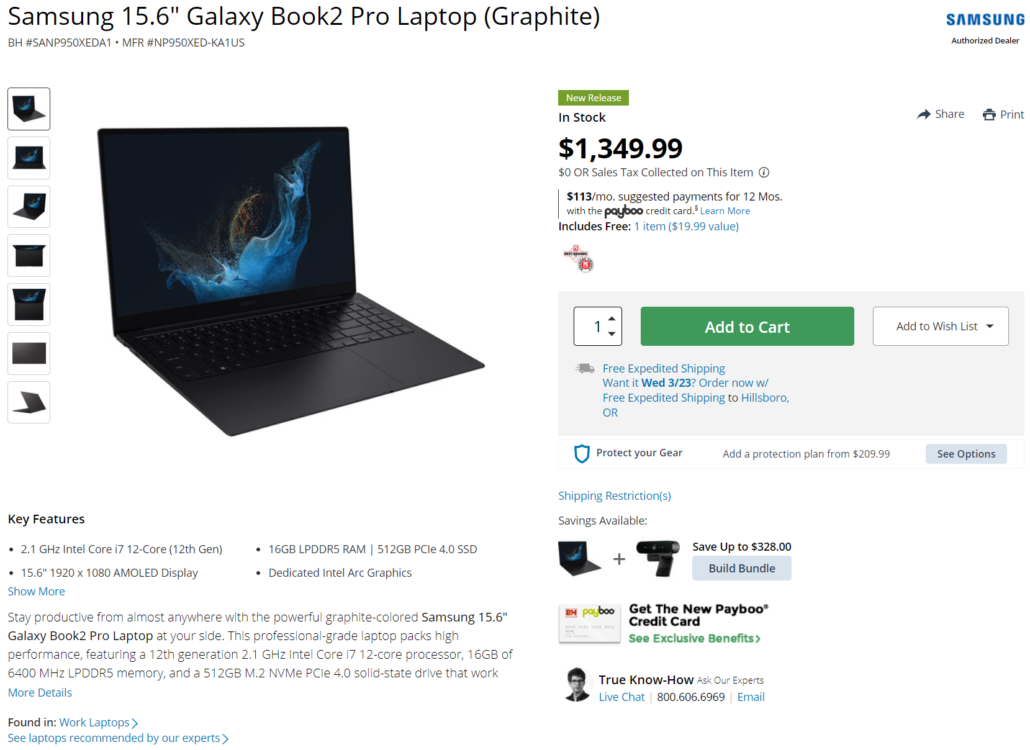 As for specs, both laptops feature 12th Gen Intel Alder Lake processors with Evo technology. CPU configurations include Core i7 and Core i5 in the Alder Lake-P (U28) variant. The memory subsystem includes up to 32GB of LPDDR5 configurations while storage options will include up to 1TB of NVMe (Gen 4) storage.

The graphics side is powered by integrated Iris Xe graphics with 96 execution units on the 13.3″ model, but the 15.6″ model comes with the option of internal (Iris Xe) and external (Arc ). The specific Arc Alchemist graphics solution is not mentioned but it will most likely be the Arc A370M as Intel confirmed a few days ago. The GPU is based on the DG2-128 SOC and features up to 128 EUs or 1024 processing cores. The launch matches the GPU release date which is also expected on March 29, 2022.

Both laptops feature a fingerprint sensor on the power key and a stereo sound system from AKG with Dobly Atmos with a maximum output of 4W on the 13-inch model and 5W on the 15 inch model. The camera setup is a front-facing FHD 1080p variant with a dual microphone. Finally, both models come with the Windows 11 operating system installed by default.